mail@cfdshop.org.uk
Open Mon-Fri From 8:15am

How do I know if I have a hearing problem?

It can be difficult to recognise if you or a friend or relative has a hearing problem.  Often the issue does not happen suddenly but develops slowly over a relatively long period of time.  This means that both the person with the problem and their friends and relatives make small adjustments to adapt to their increasing hearing loss without realising it.  When you notice that you are making one or more of these adjustments then it is likely that hearing loss may be a cause.

There are several possible causes to your hearing loss and is a very complex subject.

The causes may include excessive loud noise, genetics, birth defects, infections of the head or ear, ageing, and reaction to drugs or medical treatment.

Different causes result in different types of hearing loss, however, specialist equipment can often help with daily tasks whatever type of hearing loss you suffer from.

What is the impact of Hearing Loss?

Hearing Loss can have a significant impact on individuals and their relatives or colleagues.

People with hearing loss typically find everyday life difficult.  The effect of constantly not understanding people can also have an impact on mental health.

Individuals may choose to withdraw from social circles and work environments because they are embarrassed and frustrated that they cannot hear and interact with others.  They may become annoyed that people don't speak loudly or clearly enough for them to hear, and tired of constantly asking people to repeat themselves.  Friends, relatives or members of the public can sometimes mistake the symptoms of hearing loss for refusal to co-operate or confusion - particularly in older people.

People with hearing loss can be at danger in their everyday life if they do not have alternatives for sound-based alarms and danger warnings.

Are there options to using a hearing aid?

Many people get help with their hearing loss without using a hearing aid.

With or without a hearing aid, you can use a wide range of devices to make everyday life easier.  For example, you can use alarm clocks and doorbells which have alternative ways of alerting you - they flash and/or vibrate as well as ring loudly.  You can use an amplifier or a special phone to make your telephone louder, and you can use a listener that connects to your TV and radio and makes them louder.

Equipment like this is available privately on our website.  You may be eligible for some equipment from social services depending on an assessment.

How can Assistive Devices help my hearing?

No matter what type of degree of hearing loss you are suffering from, it is likely that special equipment can help you hear!

This equipment can help whether or not you use a hearing aid. Equipment includes louder alarms and doorbells, alarms which flash or vibrate, and even systems which connect to your TV and radio and deliver the sound directly to you.

Our experts can help you select the best products for you or your relatives. Equipment can be purchased privately, and we have a money-back guarantee to give you peace of mind.

If your hearing loss has been assessed then you may be eligible to get some equipment or similar equipment on a free loan through Social Services.

How do I know if I can claim VAT relief for hearing products?

Not all products are eligible for VAT relief; it is a manufacturer's declaration which determines a product's status for VAT relief.

Throughout this website, you will find products that are priced inclusive (inc VAT) and exclusive (ex VAT) of VAT. In the description of each product where we detail prices including and excluding VAT a symbol will show you if that product is eligible for VAT relief. Where only an inclusive price is shown no VAT relief is available.

HMRC says that you’ll only be able to have eligible goods VAT-free if you are disabled AND the goods are for your personal or domestic use. You do not need to be registered disabled or eligible for any other benefit to qualify for VAT-free goods.

If you’re not sure if your condition means you’re disabled you should consult your doctor or other medical advisers.

To claim VAT relief simply complete the declaration form at the checkout.

VAT relief can only be given at the time of the original purchase.  VAT refunds are not permissible so please ensure you have completed the relevant declaration.

It is the VAT relief is only available on the product, shipping and carriage charges incur VAT at normal rates.

If you need general help from HMRC with this relief please contact HMRC for information.

This is a quick guide to help you keep your Wi-Fi signal as optimal as possible, and to also avoid any possible interference issues with equipment supplied by us.

As a rule of thumb you should keep any devices which work via radio frequencies at least 1 metre apart from one another, obviously this is not always possible so creating as much distance between devices is a good starting point, examples of this would be not having your broadband router next to your Sonumaxx system. or making sure that your DECT cordless phones are not next to or behind your TV.

Below is a list of the most common causes of interference and issues relating to wireless products.

Wireless Devices – Technically speaking, any other devices that transmits or receives a wireless signal is capable of causing an interference to signal, so look to things like wireless speakers, baby monitors, walkie talkies, garage door openers.

Microwaves – Most microwaves operate on the 2.4GHz spectrum, which is the same as a lot of wireless devices, especially older or less expensive models, so massive network interference will often be experienced while a microwave is in operation.

Cordless Phones – The most common DECT frequencies are from 1880-1900 MHz. This DECT frequency allocation is the most widespread and is used in Europe. This DECT spectrum is unlicensed and technology exclusive, which ensures almost interference-free operation.

Satellite Dishes – If a satellite has been wired up incorrectly or the wiring is old and deteriorating, it is common for them to leak signal interference into the vicinity.

Neighbouring WiFi Network – Powerful WiFi networks, especially those seen in large corporate environments, in a close proximity to your own can affect your signal and performance, and vice versa..

Hearing Aids – If a person with a hearing aid is in very close proximity to a wireless broadcasting device, signal disruption can be experienced/heard

Refrigerators – the motors on the inside of a fridge can cause disturbance with WiFi signals, as well as the fact that they are packed with ice, which can act as a barrier. Keeping WiFi broadcasting devices away from fridges is always a good idea.

Christmas Tree Lights / Fish Tanks – both of these oscillate on the same frequency as WiFi signal and are known to be common causes of interference, not just to WiFi signal but internet connectivity in general. Avoid having internet based equipment near either of these 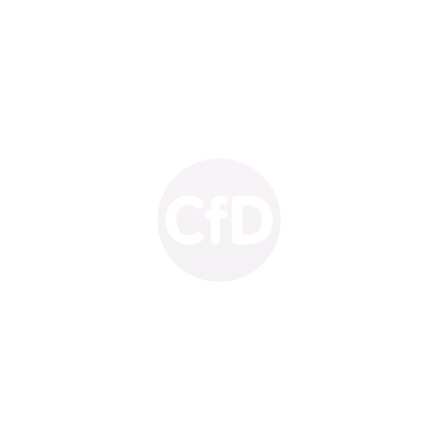